Bill and Melinda Gates are to divorce after 27 years of marriage.

According to the divorce petition filed at court, the divorcing couple have cited “irretrievable breakdown” as the legal ground for dissolving the marriage in a Washington court. In respect of their finances – the couple are estimated to have a combined estimated net worth of $130 billion – they have asked the court to honour a “separation contract” which they say deals with dividing their vast fortune.

Whilst the documents lodged at court show they have both retained heavy hitting lawyers, the clear conclusion that can be drawn is that the negotiations and agreement reached for the division of their vast fortune has already been negotiated and formalised by the teams of lawyers they each employed prior to lodging the documents. They will be asking a court to “rubber stamp” that deal.

Bill and Melinda Gates are not the first multi billionaire divorcing couple to prefer opting for a private and seemingly amicable financial settlement.

Two years ago, Jeff Bezos (the co-founder of Amazon) reached an out of court settlement with his wife Mackenzie that saw her receive a quarter of their jointly owned Amazon stock making her the fourth richest woman in the world.

This was handled in the same way, with a divorce petition and a separation agreement regarding finances being lodged at the same time for the court’s approval.

Whilst the media enjoy seeing famous couples airing their dirty laundry in highly publicised divorce proceedings, the reality is that court should always be the course of last resort. For example, who can forget Heather Mills’ incredibly undignified, expensive and very public court case against Paul McCartney?

However, the reality is that the right lawyers who have more than one weapon in their armoury should be able to skilfully and robustly negotiate a financial settlement without the need for a court to make the ultimate decision.

With a fortune as large as the Gates’, the question of “need” will not arise as there is more than enough money for each of them to walk away from the marriage with their dignity intact and without having let the public in on the minutiae of their private lives.

The “separation agreement” would have taken many months to negotiate and no doubt the skills and expertise of their respective teams will have been utilised to the full in getting that “deal” done.

Whilst the eye watering figures involved in these type of cases are not the “norm”, the general principle still applies for any couple splitting up their finances on divorce.

There should always be an attempt to resolve financial claims by way of a voluntary negotiation or using alternative dispute resolution methods rather than rushing off to court.

The court process is lengthy, expensive and ultimately the client retains no control over the outcome if a Judge makes a final decision. Expert advisors such as accountants, actuaries, tax experts and professional land/property valuers can be brought into form part of the team advising a client or indeed the couple together.

With the Gates reportedly being the largest landowners of farmland in America it is easy to understand why they would prefer to have their assets carefully and privately valued as part of negotiations.

That is why all fee earners at Lux Family Law are members of Resolution, an organisation of 6,500 likeminded family lawyers who advocate constructive and non-confrontational approaches to family law issues.

That approach does not preclude hard negotiations and firm boundaries in terms of getting a client the outcome they want; it just requires a desire to work outside of the court process and commit to a mutually beneficial process.

And whilst the Gates and Bezoses of this world may be few and far between, they are not alone in wanting to hire a highly skilled team who can expertly negotiate the best outcome without the automatic response being one of fighting it out in court.

What we can learn from the impending divorce of Bill and Melinda Gates – Business Live (business-live.co.uk) 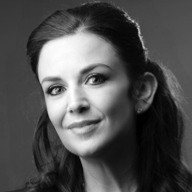