The Divorce, Dissolution and Separation Act, which looks to overhaul the current antiquated legislation on divorce, will come into force on 6th April 2022. Upon the Act’s implementation, married couples will have the option of divorcing without assigning any blame to the other party.

Presently, in circumstances where parties have been married for a year and one party (or both parties) wish to obtain a divorce as quickly as possible they must prove that their marriage has irretrievably broken down as a result of the other party’s unreasonable behaviour or adultery. The alternatives require a prolonged period of separation or desertion. The immediate grounds require some form of blame to be attributed to the other party, which often unhelpfully increases the temperatures at an already stressful juncture.

The new law will eradicate any element of ‘blame’ and instead will simply require a spouse to claim that the marriage has irrevocably broken down. It even allows for a couple who has reached the mutual conclusion that their marriage has ended to do so on a joint and collaborative basis. This allows couples who have made the already difficult decision to end their marriage, to do so in a way which limits the acrimony and stigma.

Crucially, the new law on divorce also removes the possibility for a spouse to contest or defend the decision to divorce. Presently, the only option for a spouse to obtain a divorce without the consent of the other party is to live apart for a period of five years.

The Act will also require that the divorce process be given a minimum timeframe of six months before the divorce is made final. This will provide separating couples with the time to consider their options with regards to their finances and children issues, without the rancorous undercurrent of a fault-based divorce.

The government originally hoped that the changes introduced by the Act would come into effect in Autumn 2021. It is understood that a further delay has been necessary to build the required amendments to the court forms and the new online digital divorce portal. The implementation date of 6th April 2022 is now fixed as a matter of Parliamentary record as opposed to a previous desire, which will be welcome to those separating parties who wish to move away from the “blame culture” attributed with the current divorce legislation.

If you are considering a divorce or require any advice about your family circumstances, please do get in touch with one of our specialist family lawyers to see what we can do for you. 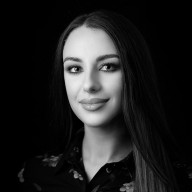